Bicycles are the most common means of transportation in our lives. It can be said that they are also the most widely used and among the largest number of people. In general, they are also quite cheap. You can get one for tens of dollars.

When it comes to Lamborghini, people are no strangers. Lamborghini is a world-renowned luxury car brand, and each one is expensive. Although many people like the cool shape of the Lamborghini supercar, not everyone can afford it. Most people can only buy a scooter that costs only a few hundred thousand.

Lamborghini, like an old-fashioned car company, has some relatively low-priced models under its name in addition to various high-performance supercars. Lamborghini once launched the bicycle R5 in the picture above. This bicycle is also a limited edition model. There are only 63 units in the world, and the price is also very cheap. You can take it home as long as 200,000.

Speaking of Aston Martin One-77, car fans will not be unfamiliar. It is a limited edition supercar launched by Aston Martin in 2009 and is the pinnacle of the brand. On March 3, 2009, a One-77 with chassis No. 1 made its debut at the Geneva Auto Salon, Switzerland, and was subsequently limited to 77 units worldwide.

But what many fans don’t know is that Aston Martin also has a dirt bike that tops the list, the One-77 Factor. The car was launched by Aston Martin in cooperation with the British company Factor Bikes, and it is called “Aston Martin One-77 Factor”. As an expensive limited-edition race dirt bike, there are even fewer than the One-77 sports car, only 25, and the price tag is as high as $39,000.

The carbon fiber frame of the “One-77” edition dirt bike is sleek, stylish, very chic, and has strong aerodynamic support. In addition, it is equipped with high-tech equipment such as sensors, Wi-Fi, and Bluetooth connectivity. This “luxury dirt bike” is aimed at elite bicycle enthusiasts and collectors.

The American luxury brand has partnered with a renowned bicycle manufacturer to design and launch a limited-edition dirt bike, the Chrome Hearts x Cervelo Bike. The dirt bike is decorated with classic graphics all over the body, using leather, precious metals, and rhinestones. It looks fantastic and exudes a strong artistic flair that speaks to luxury living.

In 2005, when the famous Lance Armstrong won the Tour de France 7 consecutive championships, the top American bicycle brand TREK took the opportunity to produce the Madone 7-drilling dirt bike.
Trek Bikes is the king of the world-class cycling industry, loved by cyclists and adventurers alike, and they teamed up with Lenny Futura, Nike, and Alan Friedman to create the Trek Madone 7-Diamond out of carbon fiber, gold, and diamonds.

You might think that the most gold-plated bike would be the most expensive here. At $114,000, Aurmania’s Crystal Edition Gold bike is a lot less than the Butterfly Madone. The bike was first released in 2008 by the Scandinavian company Aurumania.

It is handcrafted and plated with 24 karat gold. That was the most expensive bike at the time. The exhibits at Aurmania are decorated with more than 600 Swarovski crystals. It also features a Brooks-branded leather saddle and handlebars in brown leather.

Trek Madone KAWs bikes are what we call “the ideal balance of style, comfort, and elegance.” Lance Armstrong, a well-known figure among cyclists, designed and promoted the model. The design of the bike is very balanced, the ergonomic seat and handlebars are easy to maneuver, and the bike is lightweight so it’s versatile.

The price of this car is 200,000 US dollars. It was designed by a designer in Japan. One Trek Yoshitomo Nara Speed Concept can be exchanged for 5 Land Rovers!

Since it is luxurious, of course, there is not only one bicycle made of gold. This bicycle is priced at 393,000 US dollars. Although it is produced by Taiwan’s Light Giant, the British company Goldgenie has turned it into a glittering bicycle.

The body of the bike is mainly aluminum, and everything from the handlebars to the wheels and seat, every nook and cranny, is covered in 24k gold with top-of-the-line Swarovski rhinestones. Throw in the super-comfortable limited-edition San Marco suede saddle and SR4 racing tires in case the owner suddenly wants to race the bike.

Trek Madone Butterfly uses a white background, as well as pink and purple to present a girly feeling. The peculiar thing is that the butterfly pattern above is not painted, but designed by British artist Damien Hirst, who put real butterfly wings on the bicycle. On the solid frame and edge, expressing the relationship between “time, life, death”, the profit from the sale of this car has been donated to Sotheby’s Cancer Benefit Program.

This is a 24-carat gold mountain bike, Beverly Hills set with 600 black diamonds and 500 gold sapphires, embellishing the creative brand logo on the front. These bikes are hand-built during 750 hours of hard work. The bike includes a brown alligator leather seat and a solid gold water bottle.

1. What is the most expensive bike brand?

With the spirit of 100% Made in Germany, Nikola insists on using high-quality and high-tech materials, combined with impeccable design talent, and insists on pure hand-manufacturing spirit, it has established the world’s first boutique bicycle brand and has also produced Recognized as the world’s top, expensive, highest quality bikes.

2. How much is a Bugatti bicycle?

Bugatti bicycles are different from ordinary bicycles. 95% of the PG Bugatti vehicle is made of carbon fiber materials, including the frame, forks, handlebars, seats, and other parts are all carbon fiber, which is the same as carbon fiber sports cars, with high strength and weight.

Light, so the bicycle will not exceed 10 pounds, and it is possible to produce an electric version in the future. The PG Bugatti bikes are hand-built and start at “only” $35,000, and can be customized for $69,000, which is $7,000 more than the low-end Porsche Cayenne.

3. Which is the world’s fastest bike?

Speaking of bicycles, many people have ridden them, and the speed is far worse than that of cars. However, you may not believe it, the Frenchman François Kissy created a superbike that took the bike out of the speed of the car. This bike, with a speed of up to 333 kilometers per hour, set a world record for bicycle speed and became the fastest bicycle in the world, leaving Ferrari far behind.

4. Why Bianchi is expensive?

The Bianchi road car is a classic European brand. It had its car in the early Tour de France. In the early years, its steel frame was very classic, and Bianchi green was its classic color. There are few low-end road cars in Bianchi.

The price of the whole vehicle is mostly above 700 US dollars, and there are more models around 1500 US dollars. There are many Bianchi low-priced frames on the Internet, many of which are models that cannot be found on the official website. It is estimated that they are produced by small manufacturers counterfeit, and it is not recommended to buy them.

The importance of health is self-evident, and it has become the biggest concern of the general public and the whole society. As a synonym for green, low-carbon, environmental protection, fitness, leisure, and entertainment, “bicycle” has been deeply rooted in the hearts of the people. Dutch scientist Kalien Kamufers demonstrated that cycling can lead to longevity!

This conclusion also explains the doubts of more scientists earlier about why the postman has become the longest-lived occupation in the world. Cycling is heating all over the world, and it is getting hotter and hotter because more people are beginning to realize that what a good exercise bike can bring is what everyone most desires: a happy mood and a healthy body. 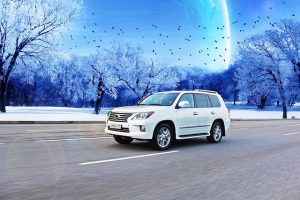 Why are ceramic bearings so expensive? (Top 10 Reasons) Why are forgiato rims so expensive? (Top 10 Reasons)