What is a chair? It is a seat with a backrest and armrests and is one of the most common pieces of furniture in everyday life. The chair is very practical, whether it is at home or in a public place, every place is inseparable from a chair. Its main function is to facilitate people to rest, so its comfort is the main criterion for measuring the quality of a chair.

Unlike Westerners who emphasize the comfort of the furniture, the Chinese emperor’s throne emphasizes not comfort, but dignity. This is a general principle of traditional Chinese furniture design, but it is more evident on the throne. The first principle in the design of the Chinese emperor’s throne is to put the majesty of the royal family and the dignity of the emperor in the first place.

This imperial red sandalwood carved throne is a symbol of imperial power in ancient China. It has attracted the attention of senior collectors from all over the world. It has always been a rare piece of high-quality imperial furniture in the auction market.

This chair is carefully crafted from high-quality precious red sandalwood. The texture is fine and tight, the luster is deep and simple, and the pattern of “Water Wave Cloud Dragon” is solemn and majestic. The front and back of the dragon chair are engraved with five patterns of “water waves, clouds, and dragons”.

The whole body is not only made of precious red sandalwood, but also carved with water, waves, clouds, and dragons, and there are official script inscriptions on the backboard. The calligraphy skills are extremely high, which greatly increases its market value.

This chair is a typical work of the mid-Qing Dynasty in China. The structure adopts the form of three screens, that is, the backrest of the throne and the armrest are composed of measurements. The throne is the highest level of seats in ancient China, only available to the court and the royal family. This throne was once used by the emperor.

This is a piece of heavy furniture made of red sandalwood. The style is exquisite and complete. The seven-screen seat is full of domineering. The workmanship is very fine, and some parts are also painted with gold lacquer. A symbol of splendor and sophistication.

The size of this chair is 72.5×90×103cm. It is from the Ming Dynasty of China. The auction time is 2010-12-12. The auction is for the Beijing-Forbidden City Ming and Qing Classical Furniture at Nanjing Zhengda Auction House, China. The transaction price is HK$81,026,838.

This folding chair was originally a chair used by generals to go to war and was used on the battlefield. Later, it was also used by the emperor. Folding chairs are made of precious wood or carved lacquer wood, and the mortise and hinge positions are reinforced with metal decoration, which is mostly used by royalty, officials, or scholars. The emperor also used this chair instead of the dragon seat when he was on diplomatic occasions or business trips.

Among the various furniture of the Ming Dynasty in China, the folding chair is the rarest. This folding chair is an improvement from the older, simpler folding stool “Hu Bed”. The foldable design features a stylish horseshoe-shaped seat that folds easily. When folded, the crossbar on the front of the soft drawer is just hidden between the curved angular teeth.

The chair has a complex structure and can be folded for transportation and storage, but due to its fine design, it is prone to wear and tear and is easily damaged. There were only a few huanghuali folding chairs in the Ming Dynasty, only a few dozen in total. Naturally, such well-preserved and well-crafted chairs will not be cheap.

Compared with Qing-style furniture, Ming-style furniture has a higher production level, and the use of hard and dense precious wood such as huanghuali and red sandalwood, elegant color, and the gorgeous pattern is one of the important factors. Every curve of this chair and the thickness of materials are extremely elegant and beautiful, with a strong literati atmosphere.

The branches and leaves are full of curls and plump and graceful. There are also Fuqing patterns and gemstone patterns on the front and back panel. The pattern is very neat, and together with the passionflower, it forms a very different combination of Chinese and Western. It has both the atmospheric structure of traditional Chinese furniture and the gorgeousness of European furniture.

As we all know, Chinese Ming-style furniture is known as the pinnacle of world furniture, and huanghuali material is loved by the world and even the royal family, and its collection value is self-evident.

This is a very special throne. The precious red sandalwood aniseed is carved with exquisite openwork craftsmanship, and it is still in Western Baroque style. The back of the chair is a three-sided screen, with a rich western grass pattern, baroque style, embossed narrow sash ring board, horseshoe valgus, with mud, deep color, precious and graceful.

This is a piece of lacquer furniture. The wood surface is painted and painted with gold. Compared with pure wooden furniture, it has a more dazzling appearance. It is a veritable throne for the emperor. Lacquerware has a very long history, dating back to the Qin and Han Dynasties.

This chair is a typical Ming-style piece of furniture, with a concise shape and just-right proportions. It seems to be very ordinary, but it is very knowledgeable. The straightness and softness of the lines are both arts. Belong to tall type, sturdy and durable.

This is a six-piece set of rose chairs from the late Ming Dynasty. The structure is hollow and tough, soft and ethereal, and it is of Ming style.

Can this chair bring us into Elysium? The Elysium chair was created by David Wicket, a British investor, furniture designer, and Ph.D. in bioengineering. Through 10 years of research, David discovered the formula for balancing posture and gravity, which is at the heart of this chair. According to the chair’s official website, there is a point between sitting and lying down, at which point your weight is evenly distributed and your body can travel through “zero gravity.”

When you lie down in a chair, the angle of the chair changes with your body position and center of gravity, and it responds to the slightest lift of your arm. Lying on such a chair, I can sleep for a day, the price of 26,000 US dollars will wake me up from my dream, how about you?

2. What is the most expensive desk chair?

3. What is the most expensive computer chair?

Acer’s Predator Thronos Air gaming computer chair is currently the most expensive in the world, and it’s priced at $20,000.

Chinese Ming and Qing chairs are an important part of Ming and Qing furniture. On the one hand, they are historical relics with important historical and cultural research significance. On the one hand, there are precious hardwoods from a hundred years ago, which are generally precious woods, and the materials are large and complete, which are now very rare furniture products. The 10 Most Expensive Gaming Chair in the World Why are lift tickets so expensive? (Top 10 Reasons) Why are bean bags so expensive? (Top 10 Reasons) The 10 Most Expensive Samurai Sword in the World 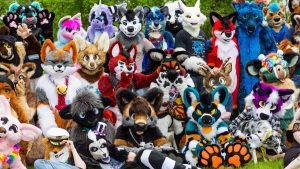 The 10 Most Expensive Fursuits in the World