Hawaii is known for its beautiful beaches, tropical climate, and rich cultural history, making it a popular vacation destination for travelers from around the world. However, for many people, the cost of visiting Hawaii can seem prohibitively expensive. From the high cost of flights to expensive hotels and restaurants, it can be tough to budget for a trip to this tropical paradise. In this article, we’ll explore some of the reasons why Hawaii is so expensive and how you can save money on your trip.

One of the main reasons that Hawaii is so expensive is the cost of transportation. Flights to Hawaii from the mainland United States can be quite expensive, especially during peak travel seasons. Additionally, the cost of living in Hawaii is generally higher than in other parts of the United States, which can drive up the price of everything from groceries to gas. This high cost of living is often reflected in the prices of goods and services in Hawaii, which can make it more expensive to visit.

Tourism is a major industry in Hawaii, and many businesses rely on tourists for their income. As a result, prices for goods and services in Hawaii, such as food and souvenirs, are often higher than in other parts of the United States. The high cost of food in Hawaii is often attributed to the cost of importing fresh produce and other ingredients, as well as the high demand for local products.

Some additional fees and taxes can add to the cost of visiting Hawaii. For example, tourists staying in hotels or resorts in Hawaii may be required to pay a daily resort fee, which can add up quickly throughout a vacation. Additionally, Hawaii has a high sales tax, which can increase the cost of goods and services in the state.

While Hawaii can seem expensive, there are ways to save money on your trip. One option is to travel during the off-season, when flights and accommodations may be cheaper. Additionally, consider staying in a vacation rental or Airbnb instead of a hotel or resort to save money on accommodations. You can also look for deals and discounts on activities and attractions, such as snorkeling or hiking tours.

In conclusion, Hawaii is expensive due to a combination of factors, including the cost of transportation, the high cost of living in the state, and the limited availability of accommodations. However, with some careful planning and budgeting, it is possible to enjoy a trip to Hawaii without breaking the bank. By traveling during the off-season, staying in a vacation rental, and looking for deals and discounts, you can save money on your trip and still enjoy all that Hawaii has to offer.

Why is Hawaii the most expensive place to live?

Yes, Hawaii is generally considered to be an expensive place to live or visit due to the high cost of living and the fact that many goods and services have to be imported to the islands. Accommodations, food, and transportation can be particularly expensive. However, the cost of living can vary depending on which island you are on and your lifestyle.

What salary do you need to live in Hawaii?

The cost of living in Hawaii is higher than the national average, so you will need a higher salary to live comfortably in the state. According to data from the U.S. Bureau of Labor Statistics, the average salary for a full-time worker in Hawaii is $53,450 per year. However, this amount may not be sufficient to cover all living expenses in Hawaii, especially if you live in a high-cost area like Honolulu.

To determine how much salary you need to live in Hawaii, you should consider your expenses and budget. Some factors to consider include:

Based on these factors, you may need a salary of at least $75,000 per year to live comfortably in Hawaii. However, this amount can vary depending on your expenses and lifestyle.

Is Hawaii the most expensive state?

According to recent data, Hawaii is the most expensive state in the United States in terms of cost of living. The state has high housing costs, high food costs, and high energy costs. Additionally, the state’s geographic isolation means that many goods and services must be imported, further driving up costs.

Why is Hawaii so unaffordable?

There are several reasons why Hawaii is considered unaffordable:

Where do millionaires live in Hawaii?

Millionaires in Hawaii tend to live in more affluent neighborhoods such as Kahala, Hawaii Kai, Kailua, and Manoa. These neighborhoods offer large, luxurious homes and access to top-rated schools and amenities.

Can you live in Hawaii on a budget?

Yes, it is possible to live in Hawaii on a budget. Here are some tips:

Overall, it is possible to live in Hawaii on a budget by being mindful of your expenses and taking advantage of local resources.

Is it worth it to go to Hawaii?

It depends on your personal preferences and budget. Hawaii is known for its beautiful beaches, diverse landscapes, and rich culture, which may make it worth it for some people. However, the cost of flights and accommodation in Hawaii can be quite expensive, so it may not be worth it for everyone. Consider your travel goals and budget before deciding whether or not to visit Hawaii.

Can Hawaii be done on a budget?

Yes, it is possible to visit Hawaii on a budget. Here are a few tips to help you save money:

By following these tips, you can have a memorable and affordable trip to Hawaii.

It is possible to live in Hawaii for $3000 a month, but it may be a tight budget depending on your lifestyle and living arrangements. The cost of living in Hawaii is generally higher than the national average due to factors such as the high cost of housing, groceries, and transportation.

To live on $3000 a month in Hawaii, you may need to make sacrifices such as living in a smaller or less desirable location, sharing housing with roommates, or choosing less expensive options for food and entertainment. You may also need to be creative in finding ways to save money, such as using public transportation instead of driving, shopping at discount stores, or taking advantage of local discounts and deals.

Overall, it is possible to live in Hawaii on a budget of $3000 a month, but it may require some careful planning and budgeting to make it work.

What is the highest-paying job in Hawaii?

According to data from the United States Bureau of Labor Statistics, the highest-paying job in Hawaii is that of an anesthesiologist, with an annual mean wage of $283,630. Other high-paying jobs in Hawaii include surgeons ($266,640), obstetricians and gynecologists ($261,660), and oral and maxillofacial surgeons ($257,110).

Do millionaires live in Hawaii?

Yes, many millionaires live in Hawaii. According to a study by Wealth-X, Hawaii has the highest concentration of millionaire households in the United States, with 20% of households having a net worth of over $1 million. The state’s strong economy and high cost of living contribute to this high concentration of wealth. Some of the richest people in Hawaii include billionaire Pierre Omidyar, co-founder of eBay, and billionaire Larry Ellison, co-founder of Oracle.

What is the richest place in Hawaii?

The wealthiest place in Hawaii is likely to be the city of Aina Haina, which is located in the southeast part of the island of Oahu. Aina Haina has a median household income of around $100,000, which is significantly higher than the state average of around $75,000. The city is home to many affluent neighborhoods, including Hawaii Loa Ridge, which is known for its luxury homes and high property values. Other wealthy areas in Hawaii include Kahala, Kailua, and Diamond Head, which are all located on the island of Oahu.

Can you live comfortably in Hawaii? 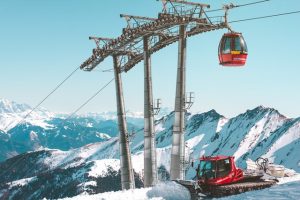 Why is Disney so expensive? Why is airport food so expensive?