Chilean sea bass, also known as Patagonian toothfish, is a highly sought-after delicacy in the culinary world. It is often considered a luxury ingredient, with prices that can reach up to $30 or more per pound. But what makes this fish so expensive? Here are a few reasons:

Chilean sea bass is native to the southern Atlantic and Pacific oceans, primarily around the Patagonian region of South America. It is not a particularly common fish, and its population has been declining due to overfishing. The International Union for Conservation of Nature has classified it as a “vulnerable” species. As a result, the supply of Chilean sea bass is limited, which drives up the price.

Chilean sea bass has a relatively slow growth rate and does not reach sexual maturity until they are about 8 years old. They also have a low reproductive rate, with females only producing a few hundred eggs per year. This means that it takes a long time for the population to replenish itself, further contributing to the limited supply.

Chilean sea bass has a reputation for being a delicious, high-quality fish, with a tender, flaky texture and a mild, slightly sweet flavor. It is often served in high-end restaurants and is considered a special occasion food. As a result, there is a high demand for Chilean sea bass, which drives up the price.

Chilean sea bass is caught in the southern Atlantic and Pacific oceans, which are quite far from most markets. This means that the fish has to be frozen and transported long distances, incurring additional costs. Additionally, the process of catching, cleaning, and preparing the fish for sale also adds to the final price.

The high demand and limited supply of Chilean sea bass have made it a target for market manipulation. Some companies have been accused of overfishing or illegally catching fish, which can further reduce the supply and drive up the price.

Overall, the combination of limited supply, slow growth and reproduction, high demand, and processing and transportation costs contribute to the high price of Chilean sea bass. It is a luxurious and sought-after delicacy that is not always readily available, which adds to its exclusivity and value. However, it is important to be aware of the environmental and ethical implications of consuming this fish and to support sustainable fishing practices whenever possible.

Yes, Chilean sea bass is an expensive fish. It is often considered a luxury seafood item due to its delicate flavor and high demand, which drives up the price. The cost of Chilean sea bass can vary depending on the location and time of year, but it is typically more expensive than other types of fish.

Why is Chilean sea bass better?

There are a few reasons why Chilean sea bass, also known as Patagonian toothfish, may be considered “better” than other types of fish:

It depends on personal preference. Chilean sea bass is a rich and flavorful fish with a flaky, tender texture. It is often considered a more luxurious and expensive option compared to salmon. Salmon is also a delicious and versatile fish with a rich flavor and a firm, flaky texture. Some people may prefer the taste and texture of Chilean sea bass, while others may prefer salmon. Ultimately, it comes down to personal preference.

Is Chilean sea bass a delicacy?

Yes, Chilean sea bass is considered a delicacy in many parts of the world. It has a rich, buttery flavor and a delicate, flaky texture, making it a popular choice for high-end restaurants and special occasions. However, it has also become controversial due to overfishing and unsustainable fishing practices, leading some people to boycott it or only consume it in moderation.

Chilean sea bass is a type of fish that is caught in the wild. It is not farmed.

Why does Chilean sea bass have so much mercury?

What is Chilean sea bass called?

What is the best-tasting sea bass?

Is sea bass full of mercury?

It depends on the type of sea bass and where it was caught. Some types of sea bass, such as Chilean sea bass, can have higher levels of mercury due to their larger size and longer lifespan. However, other types of sea bass, such as black sea bass and striped sea bass, typically have lower levels of mercury. It is important to research the specific type of sea bass and the location it was caught to determine its mercury content. It is also recommended to consume a variety of seafood and to follow guidelines on safe consumption, such as those provided by the Environmental Protection Agency or the Food and Drug Administration.

What fish is comparable to Chilean sea bass?

Some fish that are similar to Chilean sea bass include:

Where does supermarket sea bass come from?

Supermarket sea bass typically comes from fish farms or aquaculture facilities. Sea bass is a type of saltwater fish that are native to the Mediterranean and Eastern Atlantic oceans. However, they are also farmed in other countries such as Chile, China, and Taiwan.

Why is Chilean sea bass so fatty?

Chilean sea bass, also known as Patagonian toothfish, is a deep-sea fish that lives in cold water regions such as the Southern Ocean and around Antarctica. These cold water regions have limited availability of food, so the fish have evolved to store large amounts of fat in their bodies as a survival mechanism. This fat helps them to maintain their body heat and energy levels in the cold water environment. Additionally, the Chilean sea bass has a slow metabolism, which allows them to survive for long periods without food. As a result, the fish has a high-fat content and is considered to be a fatty fish.

Is there a difference between sea bass and Chilean sea bass?

Yes, there is a difference between sea bass and Chilean sea bass.

Sea bass is a general term that refers to a group of fish species found in various parts of the world, including the Mediterranean, Atlantic, and Pacific Oceans. Some common types of sea bass include European sea bass (Dicentrarchus labrax), striped bass (Morone saxatilis), and black sea bass (Centropristis striata). Sea bass is typically smaller in size and is often found in shallow, coastal waters.

Chilean sea bass, also known as Patagonian toothfish, is a species of fish native to the cold, deep waters of the southern Atlantic, Pacific, and Indian Oceans. It is a larger fish that can grow up to 7 feet in length and can weigh up to 200 pounds. It is typically found at depths of 600 to 2,000 feet and is often caught in the waters of South America, including Chile.

Chilean sea bass is a popular food fish due to its mild, sweet flavor and firm, white flesh. It is often served in high-end restaurants and is considered a delicacy. However, the overfishing of Chilean sea bass has led to concerns about the sustainability of this species, and it is now regulated by international fishing organizations to help ensure its long-term survival.

What is better branzino or Chilean sea bass?

It is subjective which one is better, as it depends on personal preference. Branzino, also known as European sea bass, is a smaller fish with a more delicate flavor. Chilean sea bass, also known as Patagonian toothfish, is a larger fish with a richer, meatier flavor. Both are considered high-quality, premium seafood options. It ultimately comes down to personal preference and what flavors and textures you prefer in your fish.

Where does Costco Chilean sea bass come from?

Costco Chilean sea bass is sourced from the Patagonian toothfish, which is caught in the Southern Ocean near Chile, Argentina, and other countries in the South Atlantic and Southern Pacific.

Why Chilean sea bass is unsustainable?

Chilean sea bass, also known as Patagonian toothfish, is an unsustainable species due to overfishing. The fish is slow-growing and has a low reproductive rate, making it vulnerable to overexploitation. The demand for fish has skyrocketed in recent years, leading to overfishing and the depletion of the population. Additionally, the fish is often caught using bottom trawling, which can result in a bycatch and damage to the ocean floor. The species is listed as “vulnerable” on the International Union for Conservation of Nature’s Red List of Threatened Species.

Is sea bass a bottom feeder?

Sea bass can be either a bottom feeder or an omnivore, depending on the specific species. Some species of sea bass, such as the black sea bass, are primarily bottom feeders, feeding on crustaceans, mollusks, and other invertebrates found on the ocean floor. Other species, such as the European sea bass, are omnivorous, feeding on a variety of prey including small fish, squid, and other invertebrates.

Many options go well with Chilean sea bass, including:

What is the most delicious fish in the sea?

This is a subjective question and different people may have different opinions on what the most delicious fish in the sea is. Some common choices include salmon, tuna, and halibut for their flavorful and tender meat. Other popular options include cod, snapper, and sea bass for their mild and delicate flavor. Ultimately, the most delicious fish in the sea will depend on personal preference and the cooking method used.

It is subjective as to whether sea bass or red snapper is better as it depends on personal preference. Some people may prefer the slightly sweet and nutty flavor of sea bass, while others may prefer the firmer, meatier texture of red snapper. Ultimately, it comes down to personal taste. 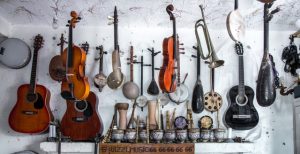 Why Is King Crab So Expensive? Why Is Salmon So Expensive? Why are Friedman amps so expensive? (Top 10 Reasons)