Top 10 Most Expensive Cameras in the World In 2022

Leica 0-Series No.105 is currently one of the rarest cameras, and the most expensive camera sold at camera auction in the world, worth €14,400,000, sold to a private collector from Asia.

This nearly 100-year-old camera was one of the first 35mm cameras in the world, and its former owner was the famous Oskar Barnack, who designed the “Liliput camera”.

Leica 0-Series No.105 is the most valuable Leica camera. Leica cameras are very valuable, and the price of old Leicas in the film period has risen instead of falling.

The Leica M3D-2 is expensive not only because it has been used by famous photographers, but also because it was custom-made to Duncan’s requirements.

The “D” in its model “M3D” means “Duncan”. Duncan was one of the most prominent photographers of the 20th century.

Leica Camera By Jony Ive and Marc is currently the 5th most expensive camera in the world, worth $1,800,000.

This camera took 85 days and tried more than 500 models before it was successfully developed.

The body of the Leica M for (RED) is made of laser-machined aluminum alloy, the shell is anodized aluminum, and it is equipped with a 24-megapixel full-frame CMOS sensor and a 50mm f/2 lens.

As for the shape design, the rounded lines and the use of pearlescent silver are quite Apple style and Marc Newson’s aesthetic concept.

This Leica Luxus II camera was mainly produced in 1932 when there were only four in total in the world at that time, and the previous owner of this camera was an amateur photographer.

Leica Luxus II can feel the full Leica retro style just by looking at the appearance. In addition to the classic crocodile skin pattern on the body, the whole body is painted with gold-plated gold. Even at the time, it was one of the rarest.

A Hasselblad camera used on the moon by Apollo 15 astronaut Jim Irwin was auctioned for nearly $1 million by the WestLicht Gallery in Austria on March 22, 2014.

Susse Freres Daguerreotype is currently the 8th most expensive camera in the world, worth $978,000.

The Susse Freres Daguerreotype camera weighs approximately 5 to 6 kilograms and is made of softwood and is considered to be the oldest camera in the world.

The first is that it supports live view, and can achieve “what you see is what you get” through the rear LCD screen;

Secondly, it can be controlled wirelessly through Wi-Fi, just like a micro single; in addition, it can also shoot 4K resolution video at 26 frames per second.

Phase One cameras are known around the world for their exceptional shooting performance in all weather conditions.

Phase One cameras are widely favored by professional photographers for their efficient image processing and quick response capabilities.

The Phase One camera system is the end point of Phase One’s investment in technology and research and development, and the starting point for countless creative inspirations and exquisite works.

What are the most expensive camera lenses?

Leica Apo-Telyt-R is the most expensive camera lens. A few thousand dollars to buy a lens is enough for ordinary photography enthusiasts, but for the real local tyrants, the Leica Apo-Telyt-R 1:5.6 1600mm is the lens that can meet their requirements.

Which Canon camera is the most expensive?

Why are cameras so expensive?

The most expensive part of the camera is the sensor. You can imagine how difficult it is to divide such a small piece into tens of millions and be able to focus.

There are a lot of processors in there. And there is another point, regardless of cameras or lenses, the sales volume is too small compared to computers and mobile phones, and the price cannot be lowered due to low production.

Are there full-frame DSLR cameras?

In the second half of 2008, several manufacturers of DSLRs, Canon, Nikon, and Sony, launched their own mid-to-high-end 135-format full-frame DSLR cameras. This move announced that the 135 full frames will soon be popularized in the digital SLR market.

As a result, the sensor in a full-frame camera is 2.5 times larger than a conventional camera, allowing the camera to capture more light.

Do cameras have unique serial numbers?

Every piece of camera gear you own has a unique serial number that identifies it. You will use this to prove that a particular camera or lens belongs to you if you need to file an insurance claim or report a stolen item.

Why are camera lenses so expensive?

Lenses are expensive because good lenses themselves sell very little, much less than phones you can understand. In this way, various R&D costs and mold costs are very expensive. Moreover, the development of the lens is not as simple as everyone thinks.

Why is Hasselblad H6D so expensive?

1. The image quality is high, the cost is high, and the accessories are also expensive.

2. From production to debugging, it is done manually, not as an assembly line product.
3. High brand value, the name Hasselblad itself is a benchmark in the medium format camera industry.
4. Has a long history, founded in 1814 by Fritz Victor Hasselblad.

What vintage cameras are worth the money?

The older the camera is, the higher its market price. Some classical cameras produced in the 19th century, if the mechanical components are well preserved and flexible to use, can be traded for more than 100,000 euros in the European and American markets, and some high-quality old cameras are worth over a million dollars at auction.

Why are disposable cameras so expensive?

After the restructuring, Kodak also officially announced that starting from January 1, 2020, it will comprehensively adjust the prices of all its films.

At the same time, due to the reduction of film production capacity by Fuji, not only the prices of commonly used films have risen sharply, but some films are still out of stock for a long time in some areas.

Why are Leica cameras so expensive?

Leica sells cameras so expensive, which is determined by a set of price strategies.

First of all, it has better workmanship and is sturdy and durable.

Secondly, as an old German century-old enterprise, Leica has inherited the dedicated and rigorous craftsmanship of the Germans.

Finally, Leica has a very clear positioning for itself. Unlike Sony and Nikon, which focus on market influence, it has always insisted on producing at its own pace and has entered the art and fashion circles to become a brand in the camera industry.

What is the best brand of digital camera to buy? Top 10 Most Expensive Sunglasses in the World 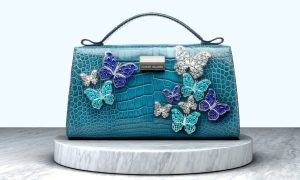 Top 10 Most Expensive Truffle in the World