With the quality of climbing the peak, the fast running of the Audi Pikes Peak Quattro on rough roads proves its strength to challenge the off-road world.

The performance of the Audi Pikes Peak Quattro is extremely outstanding. On the one hand, it has strong power derived from the Audi Quattro permanent four-wheel drive system, and at the same time, it can demonstrate the advanced design concept of integrating various elements of the car.

It is a comprehensive concept car with many typical product characteristics of different types of vehicles.

In terms of luxury sports car performance, it has excellent dynamic characteristics and comfort; while off-road capability is reflected in the height-adjustable air suspension system.

Audi’s design excellence is reflected in a variety of body styles. The whole car is made of carbon fiber, paying more attention to lightweight.

The Audi R18 e-tron is also one of the most luxury expensive audi cars in the world.

The Audi Le Mans Concept is one of the luxury cars of audi.

Audi launched a concept car Le Mans Concept in 2003, which was built to commemorate Audi’s three consecutive Le Mans 24 Hours championships from 2000 to 2003.

The rounded body curve, the whole aluminum alloy design at the door, and the cool LED light set all made this concept car attract a lot of attention at that time.

In 1991, Audi launched the Audi Avus Quattro, which greatly enhanced its brand image. ,

Although the tall technical indicators are very attractive, many of Audi’s technologies were not mature at that time, and the W12 engine was finally perfected after a few years.

The name of Audi Rosemeyer is to commemorate the four-ring silver arrow racing car on the one hand, and on the other hand commemorate the driver Rosemeyer, who had an accident after driving the car to a historical speed of 400km/h.

Audi has always been leading the trend of automobile manufacturing, and of course, it is absolutely leading the way in terms of infotainment systems.

With the latest strategies such as engine miniaturization, pure electric vehicles, and environmental protection design of the whole vehicle, it once again interprets Audi’s century-old enterprising spirit of “breaking through technology and inspiring the future”.

This is a two-seater sports car, similar in appearance to the Audi R8, but slightly smaller. It uses the four-wheel drive and can accelerate to 100 kilometers in 4.8 seconds.

A 470kg lithium-ion battery with a capacity of 42.4kWh is located at the front of the rear axle, which can provide a battery life of about 248km, and can be fully charged in 6-8 hours with slow charging at home.

Electric vehicles are by no means simply electrifying the powertrain, and the maturity of electric vehicle technology does not only depend on the optimization of battery technology.

Instead, it is necessary to redesign every detail of the vehicle so that each component does not compromise on energy consumption.

At the Detroit Auto Show in 2010, Audi released the Detroit version of the Audi e-tron concept model.

It is a rear-drive model driven by two electric motors and weighs only 1350kg.

In terms of charging and battery life, the 230V/16A household socket mode can be fully charged for 11 hours.

The 400V/32A special socket mode can be fully charged in 2 hours, and the full battery life is about 250km.

The Nanuk Quattro concept is a crossover that combines a sports car with an SUV, aiming to be a car that excels both on track and off-road.

The word Nanuk in the name of the Nanuk Quattro concept car is derived from the Eskimo word for the polar bear.

The name given to this concept car by Audi is derived from the previous Audi’s classic Quattro system snow climbing advertisement. This name indicates that the Nanuk Quattro concept car has the super ability to drive on snow.

As for the interior, a large-screen instrument panel, three turbo-type air outlets are used to replace the central control panel, and well-crafted leather seats, reflect the sense of class that a luxury brand should have.

The 2014 Audi TT offroad Concept’s electric twin-turbo engines excel precisely where they make the most sense in everyday driving.

This feature obviously makes up for the shortcomings of the traditional exhaust turbocharger’s lack of low-speed responsiveness.

The appearance of the 2013 Audi Sport Quattro concept car has not changed much compared with the model released in 2010, but the internal structure has been comprehensively improved, especially the power system, and the application of new hybrid technology while maintaining high performance, fuel consumption, and exhaust emissions lower.

What is the most expensive Audi 2022?

What is Audi’s most expensive sports car?

Audi’s most expensive sports car is the Audi R8.

As Audi’s first mid-engine sports car, R8 combines Audi’s car color and exterior design obtained from many motorsport champions and R8 car professional brand technology. This expertise has turned Audi’s slogan “Technology Leads Progress” into a leader on the track and the road.

Yes, it is expensive to repair Audi, but Audi is in the top 10 for reliability, and if it is well maintained, an Audi should be a reliable car with few problems.

But parts wear out and need to be replaced with age and mileage. The annual maintenance starting price for an Audi is around $12,40.

Is Audi R8 Spyder worth buying?

Audi R8 Spyder has different lb-ft of torque depending on the trim and model year.

At the beginning of 2010, Audi R8 Spyder won the “2010 Best Convertible” award from the famous car magazine auto motor und sport for its trendy design and excellent performance.

In addition, the Audi R8 Spyder also carries the legendary history of Audi racing. Audi R8 has a v10 engine.

Under its fashionable and individual appearance, the noble blood of racing cars in the 1930s flows.

The modern version of the prototype Le Mans R8 racing car has won the 24 Hours of Le Mans 5 times.

Are Audi’s expensive to fix?

Why is audi maintenance so expensive?

Depending on which series of Audi, the more expensive the car, the higher the maintenance fee. For example, when importing high-end Audi cars, some accessories cannot be bought in China and need to be imported from abroad.

What electric cars is Audi making?

Whether Audi accessories are expensive or not depends on what parts they are.

It makes sense that some engine accessories are expensive.

As the saying goes, you get what you pay for, and the quality is guaranteed.

Audi’s original accessories are more expensive, while the auxiliary factory is relatively cheap. 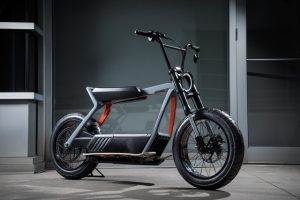